What are your first amendment rights as a protester? 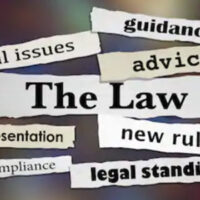 The recent events that occurred throughout the United States involving police brutality exercised against black individuals, specifically the death of George Floyd while in custody of the Minneapolis police in May, have generated large protests against police brutality and systemic racism. These protests have taken place in cities all over the country. The response of authorities and law enforcement to these protests has ignited a debate over the extent of the First Amendments rights of protesters

What is the first amendment?

The constitution of the United States has gone through several amendments since its adoption. Each amendment covers specific rights such as freedom of speech, freedom from unreasonable searches, and right to due process, among others.

The first amendment specifically addresses the rights to freedom of speech, religion, press, assembly and petition.

What does this mean?

This means that any individual participating peacefully in a protest has a right protected by the Constitution to protest peacefully in a public forum (including streets, sidewalks and parks). This includes: preaching, dancing, singing, chanting, distributing literature, holding signs, and other activities. Protestors also have the right to wear a mask while engaging in a protest.

However, the first amendment does not protect individuals engaging in activities that violate established laws. These non-protected activities include: obscenity, defamation, perjury, incitement to violation of the law, threats, crime solicitation, harassment, or free speech activities on private property without the consent of the owner.

The Las Vegas Metropolitan Police has made numerous arrests during protests taking place in both the strip and downtown Las Vegas. The public has questioned the response of the Las Vegas police to the situation and whether the arrests have been legitimately. In response to these complaints, the department issued a statement clarifying their handling of the protests.

Many protestors arrested since the end of May had to post bail of approximately $1,000 to be released.

Protestors facing arrest have the right to:

Protestors in this type of situation should also remember as many details of the incident as possible including officers’ names, badge and patrol car numbers.  It is also advisable not to run away from the police or resist as these are grounds for arrests.

If you or anyone you know has been arrested during a protest, or have any questions on whether your First Amendment rights have been violated, contact us at Lobo Law to speak with a skilled Las Vegas criminal defense lawyer.