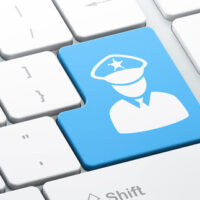 What is Qualified Immunity?

Qualified immunity was initially developed by the Supreme Court in its interpretation and application of the Civil Right Act of 1871. It seeks to protect individual public officials from lawsuits alleging that the official in question violated the plaintiff’s rights in the performance of their official duty. This protection applies in cases where the actions of the public officials do not violate statutory or constitutional rights of the plaintiff and does not apply to claims against the government.

Who does Qualified Immunity protect?

Qualified immunity seeks to protect those officials (not the government itself) from civil lawsuits. This protection is only available when the actions discussed in the lawsuit were performed within the scope of their job and do not violate statutory or constitutional rights of the plaintiff.

The protection covers government officials both at the state and federal level including teachers, social workers and law enforcement officers.

The application of this principle generally includes a two-prong analysis by the Courts. The first point is whether the allegations of the claim constitute a constitutional violation. If this is the case, then the second point is to determine whether the right that was violated was “clearly established” at the time of the misconduct.

In addition to these two main questions, there are two other issues to look at. One is whether the defendant in question is covered under the qualified immunity defense, and whether there are any other extraordinary circumstances excusing the defendant from otherwise failing to qualify for this defense.

Following the death of George Floyd while in custody of the Minneapolis Police back in May, the question on whether police officers should be entitled to use qualified immunity as a defense following events of this nature, has become a topic of debate. This, as part of a broader discussion on the review and reform of the law enforcement system as a whole.

At the federal level, in June 2020, Rep. Justin Amash (L–Mich.), introduced the Ending Qualified Immunity Act before the US House of Representatives. This bill proposes to put an end to qualified immunity.

The issue has also been discussed in several states. For example, Colorado passed a law that introduces many police reforms including ensuring that Colorado police officers will not be able to avoid liability for illegal actions under the protection of qualified immunity. The text of the law expressly excludes qualified immunity as a defense for claims of excessive force and unlawful arrests, among others.

Nevada has had its own share of debates. The abolition of qualified immunity for law enforcement officials has been part of the claims of protesters demanding police reform.

If you have had an incident with a Las Vegas police officer, or have any questions on the extent of the qualified immunity protection on police officers contact the Las Vegas criminal defense lawyers at Lobo Law or call 702-290-8998 for assistance in seeking appropriate remedies.