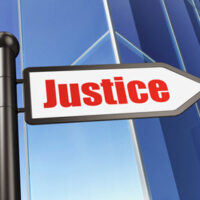 Since 1982, courts have determined that officials deserved protections from potential harassment and liability as a result of necessary behaviors while on duty.  The aim was to ensure that officials would not second guess themselves when forced to make quick or life-altering decisions.  Fast forward to 2021, and the problems associated with the doctrine of qualified immunity are exploding across the country. Whatever the original intent, qualified immunity has shielded countless government workers and law enforcement personnel who conduct themselves in ways that communities across the nation deem inappropriate, intolerable, and often, deadly.  The George Floyd killing is one of many that has put this policy under the microscope, and the public is not pleased with what it sees.

Courts across the country have found that, unless specific conduct by an official has been previously ruled unconstitutional by the Supreme Court, that conduct may be protected by qualified immunity.  This has been the case even in situations where the actions of an official are clearly enacted in bad faith or when the behavior is demonstrably wrong. Historically, the high court has upheld qualified immunity protections, and reversed lower court rulings that did not bolster qualified immunity. Protecting officials from distracting lawsuits outweighed the search for justice when the two issues collided. But it’s starting to look like things are changing.

Prisoner abuse has been alleged in multiple situations, none more notable than November 2020 in the Taylor v. Riojas case, when an inmate had to live in a feces-covered cell for six days.  While the Fifth Circuit allowed for qualified immunity protections for the prison guards, the Supreme Court, in an astonishing move, reversed, stating that the situation offended the Constitution, and the guards should reasonably be expected to know as much.  For the first time, the Court ruled in favor of a victim in the prison without a precise precedent to use as a guiding light.  Instead, human decency and common respect were valued above a policy that failed to protect the prisoner.

The Fifth Circuit was again reversed in a separate incident involving a prisoner who was pepper sprayed by a prison guard who was frustrated with a situation that was wholly unrelated to the prisoner, Prince McCoy.  McCoy sued (McCoy v. Alamu), but the guard in question was protected by qualified immunity.  That is, until the Supreme Court stepped in, citing the Riojas case, and finding that what happened to McCoy was clearly wrong, and the guard should not be protected by qualified immunity.  Again, the high court determined that the Constitution protected prisoners from indiscriminate violence at the hand of prison guards.

At Lobo Law, justice is our primary concern.  While issues related to qualified immunity have plagued the nation, it appears that things may be starting to change for the better.  If you have concerns about the way you or a loved one has been treated by a government official, our Las Vegas criminal lawyers stand ready to advocate for justice on your behalf.  Contact our office for a confidential consultation today.