The Blue Wall Of Silence: What Will It Take To Get Police To Speak Up? 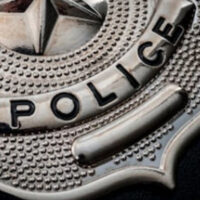 When George Floyd was killed by a police officer whose knee pinned Floyd’s neck to the pavement for upwards of ten minutes, the country was outraged.  Derek Chauvin’s smug expression as the life drained from Floyd’s body didn’t help his court case, and Chauvin eventually went down with a murder conviction months after the incident.  Public indignation did not stop with Chauvin’s imprisonment, however, because there were other officers at the scene who failed to intervene to save Floyd’s life at the time.  What culpability do they have for Floyd’s death? Time will tell.

Eighteen states—including Nevada– have beefed up their department policies and state laws requiring officers to intervene and report such issues since the Floyd incident.  But some observers have little hope that policies will be the thing to change outcomes. That’s partly because Minneapolis policy required officers to intervene in the face of improper use of force at the time of Floyd’s death.  Clearly, that policy did not impact officers’ actions. One former prosecutor believes that despite strong and reasonable policies, police culture gets in the way of intervention all too often.

The Blue Wall of Silence

Officers often feel the need to protect one another in times of trouble; that includes, in many instances, adhering to the unwritten oath to stay mum in the face of wrongdoing. This closing of the ranks to protect the blue is a part of the culture in many police forces.  In the case of the Chauvin murder, a number of officers were willing to speak out at trial against the brutality they witnessed by a fellow officer.  Nonetheless, the officers on scene were unwilling to step up to save Floyd’s life.

Ultimately, the reforms needed in the world of policing must balance protections for the officers who are committed to honoring their service with essential controls on rogue cops who are a danger to the communities they serve.  That means more regulations—both internal and external—to prevent misconduct and to hold officers accountable for errant actions.  The abuse of authority has cost too many people—disproportionately Black and brown people—their lives.  But regulation alone cannot knock down the blue wall. Police training must necessarily increase the focus on service and relationships with communities and lessen the focus on paramilitary operations that glorify Ramboesque activities and attract the wrong kinds of people to the field. It is possible to prioritize the dignity of service over solidarity in the face of misconduct; the Floyd case, where dozens of police testified against Chauvin, proves as much.

People deserve to see better outcomes following police interactions.  Here at Lobo Law, that is precisely what we are committed to.  If you have been a victim of police misconduct, you are not alone.  Our determined and experienced Las Vegas criminal defense lawyers are committed to the fight for justice on all fronts. Contact our office for a confidential consultation today,