Running To Your Death 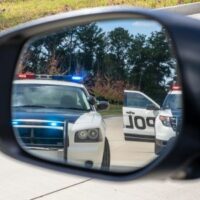 The numbers tell the story: it is never a good idea to try to flee from the police.  That’s because about one out of every three fatal police shootings involve individuals who were trying to evade an arrest.  Surely, an arrest would be a better outcome than a shot in the back.

When is the Use of Deadly Force Justified?

Without question, deadly force is an option to which police must resort in some circumstances.  The lives of officers are of value, and when those lives are in jeopardy because a suspect is posing an immediate threat of serious bodily harm to that officer or to another individual, deadly force is justified.  What about situations when a suspect is fleeing?  If that suspect is believed to have been involved in dangerous felony activity that inflicted serious injuries, deadly force is also justified.

In recent decades the Supreme Court has provided more latitude to officers involved in fatal shootings, saying that an officer’s state of mind and level of fear during a particular incident must be weighed in determining whether or not the use of force was justified.  That means officers can believe a suspect was reaching for a weapon in order to justify the use of force.  Even when a weapon is not discovered after the shooting, the incident may be ruled as justified. That’s right—an unarmed suspect may be shot dead even though there was absolutely no threat.

In the first half of 2022, 633 individuals were killed by law enforcement officers;  202 of them were in the act of fleeing when they met their deaths. In previous years, about one fleeing individual per day was killed in police encounters.  Some events in recent years  include:

Unsurprisingly, Black and brown people who are fleeing are killed at rates disproportionate to their populations.  In fact, the startling fact is that Black people who are on foot make up as many as half of all fatalities involving victims who are killed while on the run, although they comprise just 13 percent of the population in this country.

The fact is, police officers who are involved in fatal shootings are generally exonerated, and go on to move up the ladder in their careers.  Meanwhile, the public is left wondering who will be next.  If you or a loved one has been arrested or has suffered an altercation with police, the dedicated and tenacious Las Vegas criminal defense lawyers at Lobo Law are prepared to help. Schedule a confidential consultation in our office today.