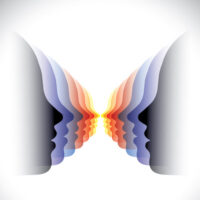 The crime of “driving while black” has had much discussion of late.  As anyone of color can attest, it certainly does feel as though dark skin coincides with a higher incidence of police contact.  Here in Nevada, the data is scant, although some research does indicate that Hispanics and blacks are more likely to be pulled over, handcuffed, and/or arrested than whites. In fact, drivers of color are pulled over at a higher percentage rate than their population in Nevada would indicate.

What is Racial Profiling?

The American Bar Association (ABA) defines racial profiling as using race, ethnicity, or apparent religion as one basis for determining whether or not a particular individual is suspicious enough to stop, question, frisk or otherwise engage.  Importantly, other factors may coincide to warrant police action.

Across the country, proponents of racial profiling have defended the technique by claiming it helps law enforcement to put resources where they are most needed. By focusing on the “bad guys,” communities were protected from more potential crime.  They point to the high levels of incarceration among people of color to justify their thinking.  But what does the research say?

In one study of stops and searches where tabulations of “hits” were tracked—hits being successful confiscations of drugs, guns, or other contraband– police contacts with whites were compared with those of Blacks and Latinos.  The surprising outcome was that police encountered more hits with white suspects than with people of color.  The racial profiling in no way produced positive outcomes from a law enforcement perspective.

The Newest Wave of Profiling

Americans have suffered a number of waves of profiling, impacting Blacks and Latinos from the earliest days, to Muslim targeting after 9-11.  Recent targets appear to be  directed in large scale toward the suppression of illegal immigration, leading to laws such as Arizona’s infamous “show me your papers” law (SB 1070).  Latinos across the country began to see increased targeting in the hopes of locating undocumented individuals within their communities.

Impacts of Profiling on Communities

Racial profiling has serious deleterious effects on Americans, beginning with the fact that trust of communities in their law enforcement operations and personnel declines.  Equally important, when police invest resources into arresting people of color, they are not addressing issues of significant concern elsewhere.

Have You been Impacted by Racial Profiling?

If you are a person of color who has been subjected to racial profiling, you may be feeling resentful and angry. But you are not alone.  At Lobo Law, our Las Vegas criminal defense attorneys are committed to providing a vigorous defense for individuals who have been unfairly targeted by law enforcement.  To discuss your circumstances, contact our office today.