Jail Deaths On The Rise 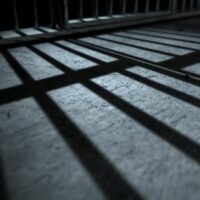 Garbage bins for humans.  That’s how U.S. Rep. Ocasio-Cortez refers to jails. The reason for the characterization? Perhaps it’s because we stuff jails with the uneducated and the indigent, or perhaps because such a high percentage of those entering jails have substance use disorders or mental health issues. Maybe it’s because so many people die in these places. Whatever her reasoning, the fact that jails are incredibly lacking in resources, and the fact that they are not regulated, certainly must contribute to the astounding suffering and rising death rates in these places.

According to the Bureau of Justice Statistics (BJS) there were 1,120 fatalities in U. S. jails in 2018.  That averages to over 200 per state. How are these deaths occurring?  Nearly one-third are ruled suicides. In fact, an incarcerated individual is 300 percent more likely to die by suicide than someone in the general population. And suicide occurs quickly after incarceration.  50 percent of them occur within the first nine days behind bars.

The statistics give us a glimpse of the victims who die by suicide in jail.  Two-thirds are white, and nearly 20 percent are Black and Hispanic. Just over a third of victims reported having a history of suicidal thoughts and behavior, with more than 10 percent having made previous attempts at suicide.  Of the inmates who’d had a recent phone call or visit, nearly 70 percent died within 24 hours.

Female inmates die due to drug or alcohol overdoses at double the rate of men. They enter jail with more severe health issues, along with the employment and education issues men face.  Like men, they are often being separated from their children.  Unlike men, they are frequently pregnant—to the tune of 55,000 annually.  Alarmingly, the death rate in small rural jails is more than double that in large jails. Women in these jails are more likely to have serious mental health and substance use disorders that are not identified during intake.

These facts lead one to conclude that current evaluations and screening tools are lacking.  While they do highlight ideations and previous attempts at suicide, they tend place limited significance on other important issues, including:

It is a well-known fact that medical care and nutritional provisions are sorely lacking in jails across the country. We know that many of these deaths are preventable.  But preventing future suicides is going to require the development of suicide prevention plans that are aligned with national standards, along with thorough reviews of non-lethal and lethal self-harm that occurs behind bars.

The Fight for Justice

At Lobo Law, the fight for justice continues day in and day out.  Our dedicated Las Vegas criminal defense attorneys understand the challenges our clients face, and work to achieve the best possible outcomes in every case.  For a confidential consultation, contact our office today.