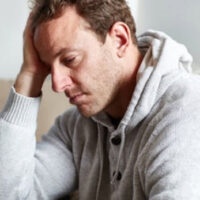 When a young child is harmed or dies, there is no denying the tragedy of the moment.  With grief comes the inevitable questions: Why and how did this happen?  Who is to blame? Certainly, someone must be blamed.  An innocent accident is certainly not a satisfying answer.  So who can we blame? And how can we punish that person?

For the past few decades, Shaken Baby Syndrome (SBS) has been the diagnosis that has summed up the kinds of injuries that often lead to long-term symptoms and/or death in infants and toddlers who show up in emergency rooms with three key ailments: brain swelling, bleeding behind the eyes and bleeding on the surface of the brain.  Medical experts have relied on monkey studies to conclude that these symptoms—known as the “triad”—are the result of one thing and one thing only:  the violent shaking of the victim.  Frantic parents and caregivers who’ve claimed the injuries occurred as a result of a fall or other type of accident were waved away as liars trying to save their own skin.  They lost their savings, their homes, their families, and their freedom in a losing battle to prove their innocence.  But that was before new research cast doubt on the conclusions that so many medical experts adhered to years ago.

Other Causes of the Triad

It turns out that SBS was always just a theory, and there are a number of things that could lead to brain bleeding and swelling in youngsters, including short falls, genetic issues, diseases, and various accidents. The new information has led to nearly 20 overturned murder convictions based on outdated shaken baby research.  At least 100 other cases are under review. Several medical experts who testified to the undeniability of SBS in court cases across the country in the past few decades are now haunted by their erroneous conclusions.  One such forensic pathologist, Dr. Gregory Reiber, wrote a letter to the court regarding a case in which his testimony contributed to a guilty verdict against a child’s father.  In the letter, he states that at the time of the trial, his testimony was based on current knowledge and “consensus opinions” related to SBS.  Now that new research indicates that the child in question could very well have sustained fatal injuries due to a fall in the tub, he is fighting for the freedom of an innocent man.

Have You Been Accused of SBS?

Despite a public appetite to demonize someone after the harm or death of a child, not every serious issue is the result of child abuse.  Certainly, abhorrent crimes are committed and should be prosecuted every day.   But when innocent parties are accused of abuse, a vigorous defense is in order.  At Lobo Law, our Las Vegas criminal lawyers are determined to get to facts and provide an aggressive defense for our clients.  Contact us for a confidential consultation today.