Can We Trust Expert Testimony Related To In-Custody Deaths? 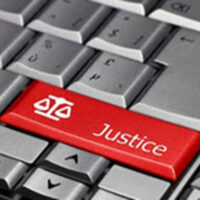 Police deploy the use of Tasers in order to subdue people all the time.  It’s supposed to be a step short of lethal force used with non-compliant individuals. Nonetheless, there are over 500 recorded deaths related to the use of Tasers in this country in the last decade or so. When these deaths are challenged by grieving families, it is left to the courts to determine whether the device was properly used, and whether it was the primary cause of death. That becomes particularly difficult when you consider biased expert witness testimony that might  be offered.

Dr. Gary Vilke is a well-known “expert” on police techniques that lead to harm and death.  Specifically, he is called to present opinions that are favorable to the defense in these cases, asserting that stun guns, face down restraints, and/or neck holds do not cause the deaths of individuals who encounter these kinds of police interactions.  In one case, Dr. Vilke maintained that a man died due to heart disease, meth use, and fighting against his restraints after he’d  been held face down on the ground and then strapped onto a spinal board while an officer sat on the board.  This conclusion was in direct contradiction to the medical examiner’s finding that the cause of death was homicide by asphyxiation.

It seems there is a small group of police “experts”—lawyers, doctors, scientists, and the like—who consistently attempt to exonerate officers with testimony that blames civilian deaths on anything but the officers’ actions.  This, based on a quarter million pages of court documents and hundreds of research projects on the topic.

Where do these Experts Come From?

Prosecutors, along with mourning family members, believe testimony from these individuals is slanted.  Perhaps one disturbing issue is the fact that many of the “experts” have connections to law-enforcement.  Some train officers, others are involved in the writing of policies, while still others are affiliated with the company that makes Taser. The group makes a significant income, charging as much as $500 an hour and amassing millions.  Who pays their fees?  Taxpayers, of course, who fund training and  policy development, and, naturally, pay the legal bills of officers who are accused of wrongdoing.

The Problem is Huge

This group has been tapped to defend police actions more than 100 times in the past decade and a half, mostly in civil suits brought by families of the deceased. The majority of cases were settled out of court.  Of those that actually went to trial, more than half had outcomes that favored the police.  And the influence of this group is growing, as they are now involved in training medical examiners, in writing policies that reduce legal liability for officers, and in conducting research that reaches conclusions “proving” very few police interactions might actually lead to death.  Clearly, the number of dead suggests otherwise– as do studies conducted by other entities.

Getting to the Truth

At Lobo Law, we know that the truth matters.  Yes, officers deserve a vigorous defense when accused of wrongdoing.  But victims of wrongdoing demand veracity. Our Las Vegas criminal attorneys work to uncover bias in the fight for justice. For a confidential consultation, contact our office today.