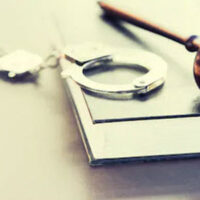 Have you had money or property confiscated by Nevada law enforcement for what they call legally defensible, but ridiculously spurious reasons? If so, you’re not alone—and you’re not without recourse.  The criminal defense attorneys at Lobo Law are committed to seeking justice on behalf of clients who have fallen victim to phony police claims.

Under current civil forfeiture laws, police are allowed to seize cash and/or property that they believe is the product of–or will later be used for– criminal activity.  Whether an individual has been convicted of a crime—or even arrested, for that matter—makes no difference.  Law enforcement can take your stuff and turn around and sell it, or keep it, to use as they see fit. While the laws were originally written to assist police in diverting the resources of powerful illegal enterprises, the potential for abuse has been realized across the country.

Who is Targeted by These Laws?

Studies indicate that across the country, law enforcement actually preys on individuals who are the least likely to fight to regain the property taken from them.  That’s right, low income and minority neighborhoods, with over 60 percent of victims being Black and/or earning under $50,000 per year. More than 50 percent of victims report less than $600 worth of cash/property being taken.  While that may not seem like a lot, it could be a lifeline for the working poor.  Here in Nevada, the Nevada Policy Research Institute confirmed that seizures in highly diverse and/or underprivileged neighborhoods follow the national trends.  Officials confiscate relatively small amounts, knowing that their victims will be unlikely to fight in order to retrieve their property.

One case involving a sizable sum of cash has been widely documented.  A Nevada Highway Patrol trooper pulled over a vehicle for clearly nefarious reasons, as demonstrated by body cam footage.  After getting the motorist to agree to having his vehicle searched, the officer discovered $50,000 in cash, and quickly determined—with no evidence whatsoever—that it was drug money.  The cash was confiscated, and the motorist had to file a lawsuit to get it back. That took some time, but it did work once the DEA confirmed that no crime had ever been committed.  The money, it turns out, was the product of a good day at the gambling tables in Vegas, just as the driver claimed at the time.

When innocent people are accused of bogus criminal activity just so law enforcement can get their grubby hands on cash or property, it is beyond infuriating.  That’s why the experienced Las Vegas criminal defense attorneys at Lobo Law are eager to help.  Contact our office for a confidential consultation today.