Why a Shooter is Almost Always Arrested, Even When it’s Self-Defense 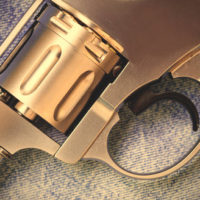 Nevada law imposes strict penalties for weapons charges. Nevertheless, Nevada is considered a very “gun-friendly” state, due to open carry laws and a wide range of permissive laws allowing concealed carry even in some government buildings. Still, if you discharge a firearm, you should expect to be arrested. Remember that an arrest is not a conviction. Likewise, it does not even mean the local District Attorney will eventually charge you with a crime. But you will almost certainly be detained and arrested.

At Lobo Law, we aggressively defend those who stand their ground and defend themselves. If you’ve been arrested for using lethal force to defend yourself in Las Vegas, we are here to help. Here are some reasons why you will likely have to be arrested.

Police are Not Prosecutors, Judges, Or Juries

The first thing to keep in mind about the criminal justice system is that everyone has a role to play. A police officer’s job is to secure the scene of the shooting, make sure everyone is safe, and make sure that any deadly weapons – including yours – are secured and inventoried as evidence. It is not the police officer’s job to decide your fate. They just have to keep the public safe and avoid further altercations.

The Police Probably Were Not Witnesses to the Shooting

Keep in mind also that police rarely are witnesses to the events leading up to the shooting. Say for instance that a drunk individual violently attempted to attack you and you pulled a gun and fired a warning shot. While this may have been effective at deterring a further attack, the assailant’s conduct probably would get no one’s attention. The gunshot, however, likely would. Therefore, the police are generally going to arrest anyone who discharged a weapon, as a precaution.

If you are going to carry a weapon in Nevada, make sure you really know and understand the gun laws of the state. For instance, you must have a concealed carry permit to have a weapon concealed upon your person or within your vehicle. Yet, you can open carry while drinking, so long as your BAC doesn’t get above .10. These are fairly unique rules that vary widely from state to state.

Ultimately, Nevada recognizes the right of every citizen to defend themselves, even through the use of deadly force. There are limitations to this, so if you are arrested for discharging a weapon or shooting someone in self-defense, you should talk to a skilled criminal defense lawyer as soon as possible. Preferably, you should talk to a lawyer prior to ever discussing any part of the events with a prosecutor or police officer. Even a slight error can lead to additional serious charges. Call Lobo Law PLLC today to speak with a criminal defense attorney about your charges.