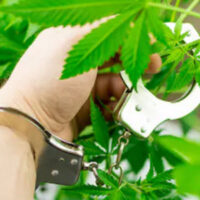 For many if not most of today’s job seekers, the job application process is difficult and stressful. From creating the resume, to crafting the cover letter, to finally getting the coveted interview, the process is time consuming, lengthy, and sometimes disappointing. Added to these stresses is the fact that for many of today’s prospective employees, the stress of the interview process does not end with an offer of employment. This is because some job offers are contingent on other factors. One such contingency is the requirement that prospective employees complete and pass a drug test.

Recreational marijuana use has been legal for adults in Nevada since 2017. With recreational marijuana usage is legal here and in other states, whether an employer can or should make drug testing for marijuana a precondition of employment has become a hot topic of debate. In Nevada, the debate has now reached a conclusion, with Governor Steve Sisolak signing AB 132 into law. Under this new law, which became effective on January 1, 2020, an employer cannot generally refuse to hire a prospective employee because of the results of a marijuana drug test that was conducted prior to the start of his or her employment.

The new law does not apply to certain job applicants. Exceptions to the law include:

According to a report by KOLO8 NewsNow, this last exception, regarding the employer’s determination of a position as affecting the safety of others, is causing confusion and concern. If you are interested in learning more about this law, or have questions or concerns about its application, contact an experienced Las Vegas criminal defense lawyer. For more information, and to help you understand this and other Las Vegas drug crime laws, contact Lobo Law.