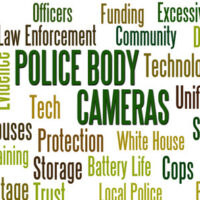 Nearly 90 percent of Americans believe that police officers should always wear body cameras in order to document their activities on duty. Regardless of political affiliation, approval of police and other demographics, body cams are a popular idea among the populace.  Why do these devices curry such favor with the public?

Proponents of body camera usage cite a number of favorable outcomes as a result of the trend toward body cameras:

And Justice for All…

When one views policing as a way to build and sustain the health and safety of a community, it makes sense to provide officers with the equipment they need to do their jobs well.  Bodycams are an essential piece of that equipment that can document what happens on the job.  The experienced Las Vegas criminal defense attorneys at Lobo Law are dedicated to fighting for justice for every client we represent.  If camera footage—or the lack thereof—factors into the case, you can bet that we will maximize its impact in your defense.  Contact us today for a confidential consultation.