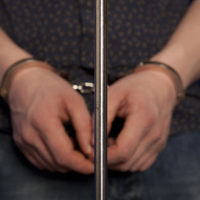 Shaken baby syndrome is a real thing, and it claims the lives of thousands of babies each year. Some estimates suggest as many as 3,000 babies are shaken to injury or death each year, although many go unreported or undiagnosed. When a baby is shaken to death, it is almost always charged as murder. However, given the nature of shaken baby syndrome, sometimes these charges are not correct or even warranted. Shaken baby syndrome is a form of traumatic brain injury, similar to what can happen in an accidental fall. Given the similarity of symptoms and the emotional nature of such charges, it’s quite easy for a person to be wrongfully charged with a crime they did not commit.

With this in mind, here are 5 things you probably didn’t know about shaken baby syndrome and the criminal charges that often stem from it.

#1 – You Can Be Charged for Murder in Addition to Assault

A lot of people think that prosecutors must pick just one charge. This is not true. In Nevada, the government can truly “throw the book” at you for shaking an infant. In fact, here are just a handful of charges a prosecutor can bring:

If the sole injury is diffuse axonal injury (a form of TBI), it is theoretically very unlikely that shaken baby syndrome is the cause of death without some additional injury to the neck. Research in the Journal of Health Law & Policy in 2012 suggests that a shaking event hard enough to cause death would almost certainly lead to a fractured neck or severe trauma to the neck and spine. A subdural hematoma or “brain bleed” can also be caused by a wide range of factors, aside and apart from being shaken.

#3 – Many Shaken Baby Allegations Are False

Much like accusations of domestic violence during divorce or custody fights, some disgruntled or angry spouses have actually trumped up allegations that their partner shook the baby, when in fact it was their own actions that led to the injury or death. These false accusations are often levied out of a sense of self-preservation or anger.

Sadly, babies do fall. Plenty of otherwise good parents have suffered tragedies, such as a baby falling down stairs, tumbling off a bed, or suffering a severe head trauma. For parents who are enduring these horrible heart breaking events, a false charge of assault or homicide can be even more devastating.

#5 – Government Lawyers Are Under Pressure to Convict

When an infant dies from a head or brain injury, there is a lot of media coverage. District Attorneys are elected officials who are beholden to their electorate. This means they are often under extreme pressure to get convictions, especially in emotionally charged cases like infant deaths or serious injuries.

You need a criminal defense lawyer who can settle the emotions and help to bring factual clarity to your case. If you’ve been charged with shaking a baby in Las Vegas or the surrounding areas, you cannot afford to talk to government lawyers until you’ve talked to your own personal defense attorney. Call Lobo Law PLLC in Las Vegas now to get the help you deserve.